Steve Carlin is CEO of Kebek Ventures and previously held the role of President and Chief Strategy Officer for Softbank Robotics America.  In that role he was responsible for all commercial activity for this emerging service robotics company.  Prior to joining Softbank, Carlin worked at Facebook as the Global Head of Strategy - Gaming where he drove the global strategic vision for the company’s $3B Gaming Business. Before Facebook, Carlin was the Vice President of Marketing and Insights for Ubisoft, the third largest video game publisher in the world and held multiple roles in sales, marketing and strategy for Energizer and Procter & Gamble.  Carlin was awarded a shopper marketing Effie in 2013 and held the P2PI Faculty Designation from 2011 – 2014. Carlin is a graduate of Miami University in Oxford, Ohio, where he holds a BA in Geology, and of Goizueta Business School at Emory University in Atlanta, where he holds an MBA (with Honors) in Marketing and International Business.  He is a sought after global thought leader with speaking engagements on four continents and has been quoted regularly in Business and Technology publications. 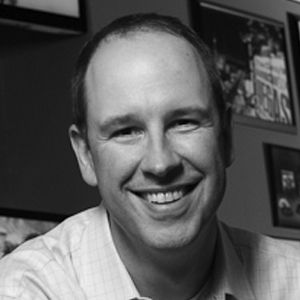